Seven adoption, policy, and tech developments to be excited about

The current bear market is on everyone’s minds. Doom and gloom in every chart and metric. However, there is a lot to be excited about for Bitcoin Hodlers and enthusiasts.

First: Bipartisan Bitcoin Bill: A bipartisan Bill by Republican Senator Cynthia Lummis and Democrat Senator Kristen Gillinbrand was introduced and will be voted on (most likely by the 118th Congress). This Bill is long-awaited because it reduces a lot of uncertainty for US investors and corporate treasuries.

Third: LiFi (Lightning Finance): As of this writing, the Bitcoin Lightning Network capacity has reached an ATH capacity of 3,980 Bitcoins on the LN. A 6% increase MoM. Soon, the world will get to learn and use LiFi or Lightning Finance on a larger scale, especially with the launch of stablecoin transfers on the LN. Sending Bitcoin and receiving stablecoins, or sending stablecoins on the LN and receiving groceries at your doorstep will put Bitcoin adoption in high gear. This development is putting the LN and LiFi in a position to displace Visa and other payment networks in a few years.

Fourth Taproot Support: Back in November 2021, the Taproot upgrade was launched and given the green signal by nodes around the world. So far, we have 75%+ nodes supporting it, and Taproot addresses, signatures, and scripting are necessary to unleash the security and innovation we need to begin on-boarding companies, institutions, and governments at a larger scale. We will reach 100% node support soon. This is a massive development to be excited about.

Fifth: Taproot Asset Representation Overaly (TARO): NFTs and other innovations are coming to the Lightning Network. Not just stablecoins, smart contracts, digital services, collectibles, tokenized securities, and any assigned-value assets, but a myriad of other innovations. Bitcoin is a payment network that only allows Bitcoin for settlement. Anything built on or transferring above Bitcoin’s base layer gets settled in BTC. In other words, this is how we hyperbitcoinize the world and every fiat in existence. Today, Bitcoin is settled in US dollars on exchanges, but with TARO, everything will be settled in BTC, including the USD. It’s a financial revolution based on sound money. Note: Exchanges will not be happy about TARO, but that’s ok for us.

Sixth: SEC Regulation: We will see more SEC regulation until the end of this year and probably way into next year. Why is this good? The SEC views Bitcoin as a non-security asset. The SEC’s position and its chair Gary Gensler is that Bitcoin is not a security while other cryptos are. 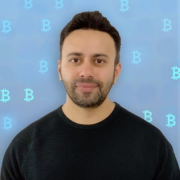 Recent Tech News
فيسبوك تويتر واتساب تيلقرام ڤايبر
زر الذهاب إلى الأعلى
إغلاق
We use cookies on our website to give you the most relevant experience by remembering your preferences and repeat visits. By clicking “Accept”, you consent to the use of ALL the cookies
Do not sell my personal information.
Cookie SettingsAccept
Manage consent

This website uses cookies to improve your experience while you navigate through the website. Out of these, the cookies that are categorized as necessary are stored on your browser as they are essential for the working of basic functionalities of the website. We also use third-party cookies that help us analyze and understand how you use this website. These cookies will be stored in your browser only with your consent. You also have the option to opt-out of these cookies. But opting out of some of these cookies may affect your browsing experience.
Necessary Always Enabled
Necessary cookies are absolutely essential for the website to function properly. These cookies ensure basic functionalities and security features of the website, anonymously.
Functional
Functional cookies help to perform certain functionalities like sharing the content of the website on social media platforms, collect feedbacks, and other third-party features.
Performance
Performance cookies are used to understand and analyze the key performance indexes of the website which helps in delivering a better user experience for the visitors.
Analytics
Analytical cookies are used to understand how visitors interact with the website. These cookies help provide information on metrics the number of visitors, bounce rate, traffic source, etc.
Advertisement
Advertisement cookies are used to provide visitors with relevant ads and marketing campaigns. These cookies track visitors across websites and collect information to provide customized ads.
Others
Other uncategorized cookies are those that are being analyzed and have not been classified into a category as yet.
SAVE & ACCEPT
إغلاق
إغلاق
إغلاق
تسجيل الدخول